It’s been about ten days since my last post now. In the meantime, my girlfriend has returned to Germany, and I caught a cold which i’m still mildly suffering from. So I finally found some time to prepare pictures for uploading.

We returned from our trip to Tokyo on the 20th – pretty exhausted. The weather was mixed – heavy rain on sunday, some clouds and occasional rain on monday and clear sky on tuesday – but far from perfect considering we planned on exploring the city on foot. Nevertheless, there was a lot to see and overall it was an interesting experience. We even managed to meet a friend from Hamburg who’s going to stay in Tokyo for a year from now on. Maybe I’ll post some more pictures from Tokyo in a future update.

Which brings me to the topic of this post – Nara. I have visited Nara twice now, and scrolling through my old posts I noticed that I’ve never posted any pictures. I’m going to make up for that here. Nara is about as far as Kyoto if you go there from central Osaka – roughly half an hour by train – and the trip is absolutely worth it. The city is quite small, and most of the major historic sights are located in a big park area east of the main station. Which is where I went both times and spent nearly a whole day strolling around visiting the shrines and temples.

Another remarkable thing about the park in the eastern part of Nara is that there are lots of tame deer around. They usually gather around the stands where tourists buy shika sembei – deer cookies – to feed them. It’s not so much tourists feeding the deer though – it’s more like the deer ambushing the unsuspecting tourists as soon as they buy the cookies.

Kofukuji. A buddhist temple which dates back to the 8th century. Its five story pagoda has become a symbol of Nara. 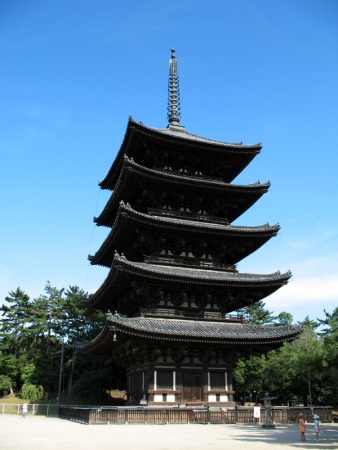 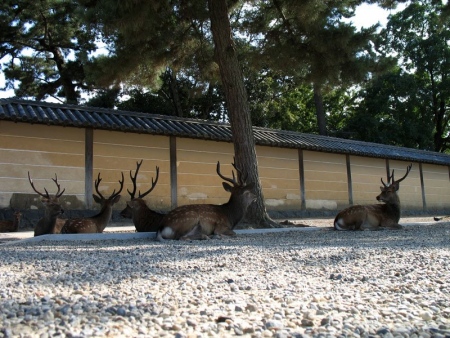 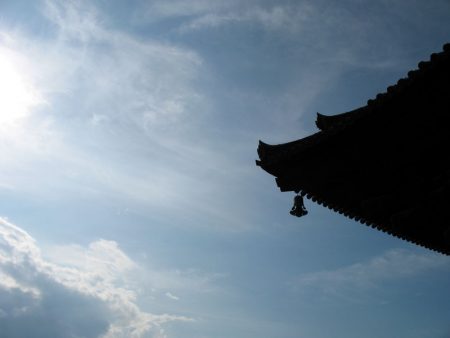 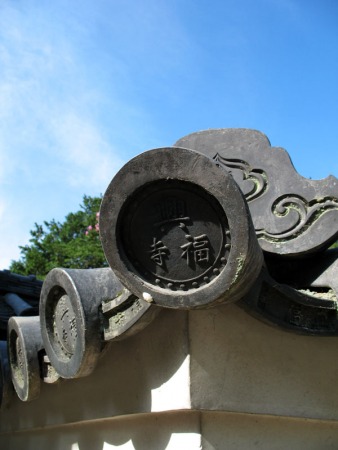 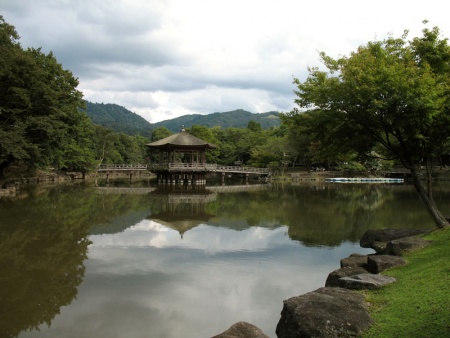 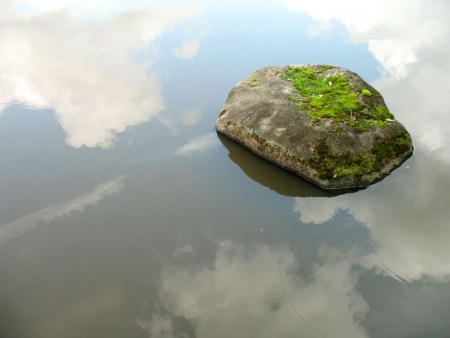 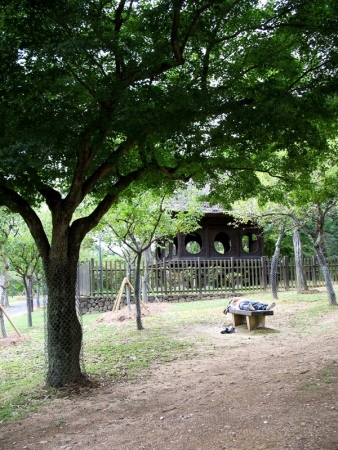 Todaiji. Probably the most famous temple in Nara, home to the biggest wooden building in the world. 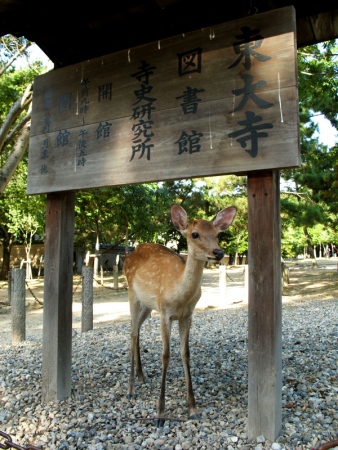 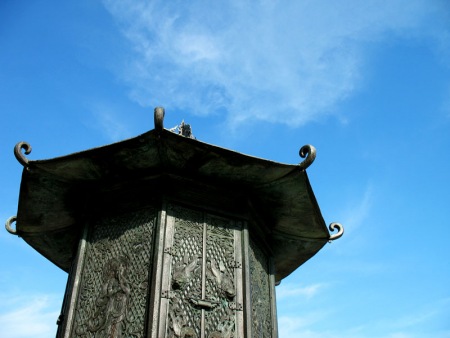 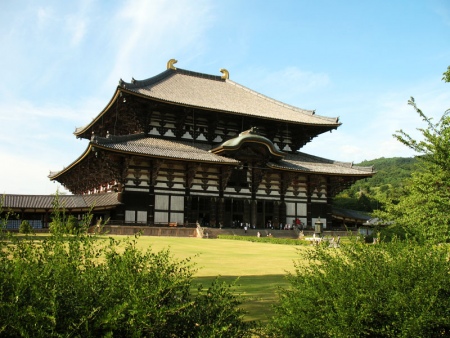 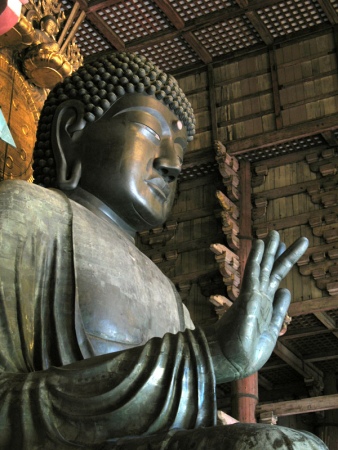 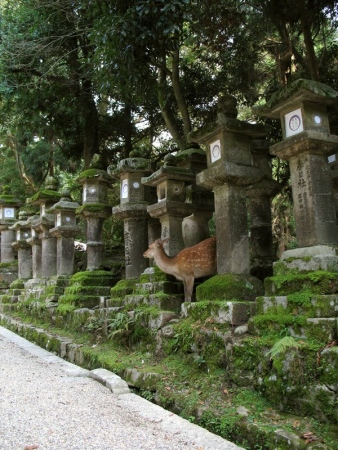 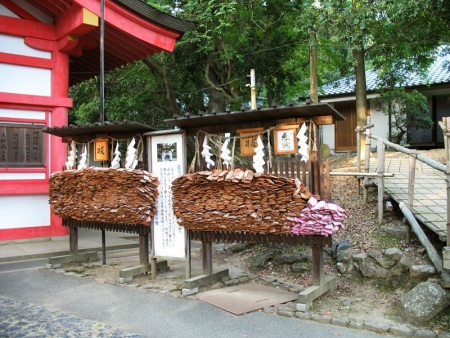 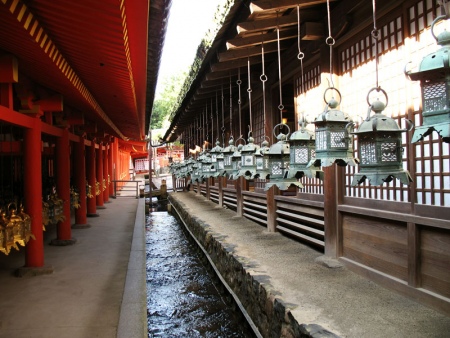