Kobe. On August 14th I went to see Kobe, which is only about 25 minutes by train from central Osaka. Kobe is mostly known for the big earthquake that destroyed large parts of the city in 1995. Apart from the mandatory shrines and temples, the city features some awkward tourist attractions which are rather boring in my opinion. 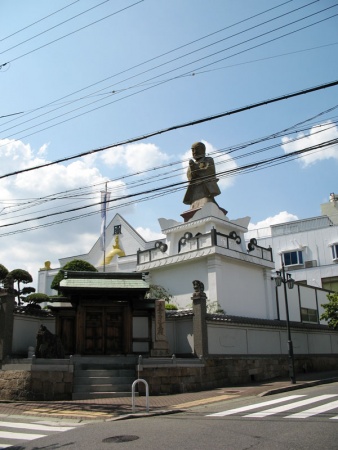 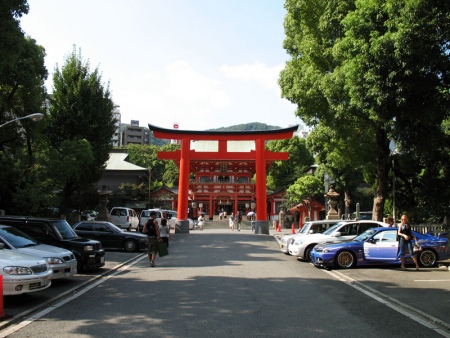 In case you should wonder, the barrels in the picture below contain Sake. 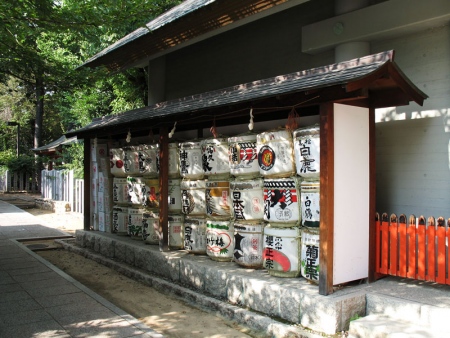 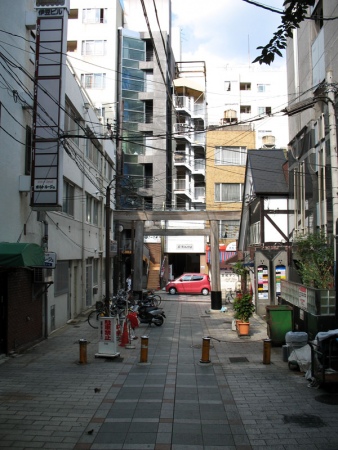 What I noticed about Kobe was the unusually high number of churches belonging to various christian confessions. 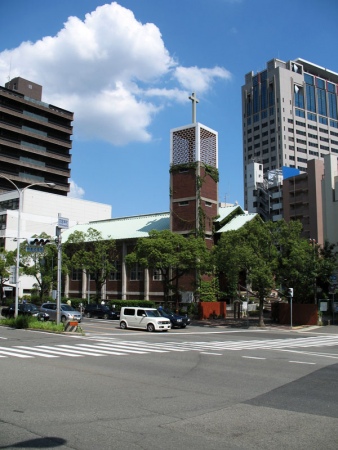 One of the main attractions is Chinatown, which basically consists of two streets lined with chinese restaurants and lots of chinese decoration. It’s really no match for other chinese influenced districts in cities like New York and was full of tourists, who instantly adopted the chinese habit of forming queues everywhere. 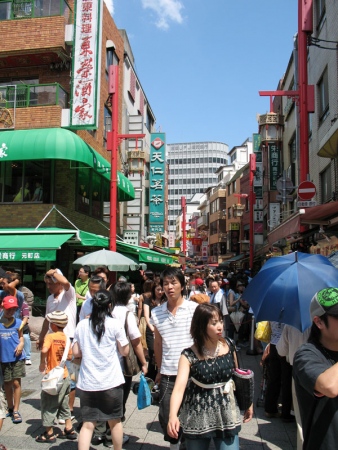 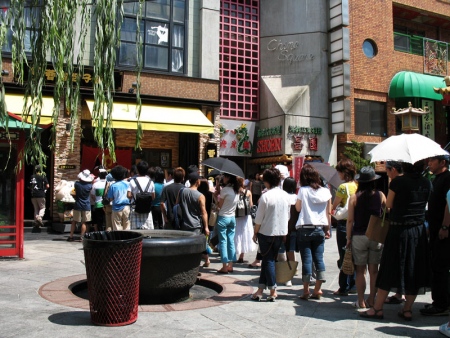 I took the next picture in the harbour area, and it doesn’t fit in anywhere. I like it though, so I decided to include it in the post. 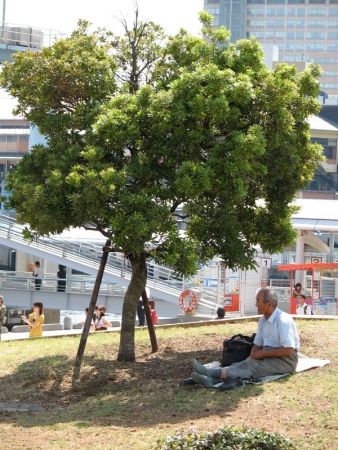 In the northern district of Kobe, close to the Shin-Kobe railway station, is a ropeway which leads to a viewing spot in the mountains. Being another of the city’s attractions it was heavily frequented by tourists, probably due to the easy accessibility. The descent on foot offered some nice views of a lake and a waterfall (apart from being cheaper than taking the ropeway back). 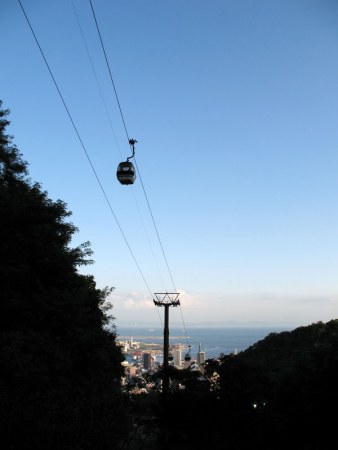 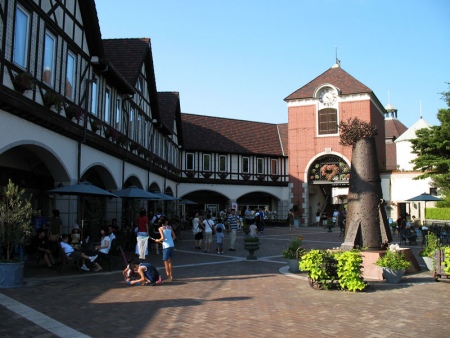 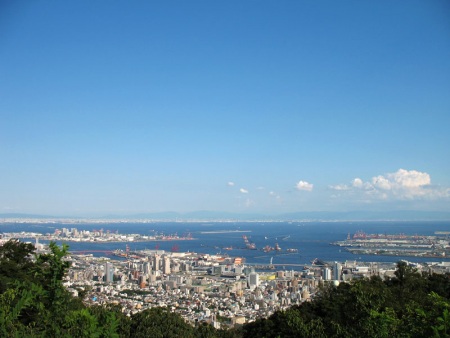 The next picture shows a schedule for arriving and departing flights to and from Kobe Aiport which I found at the viewing platform, for those tourists subject to an airplane fetish. 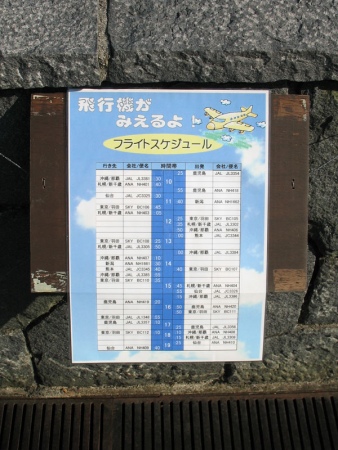 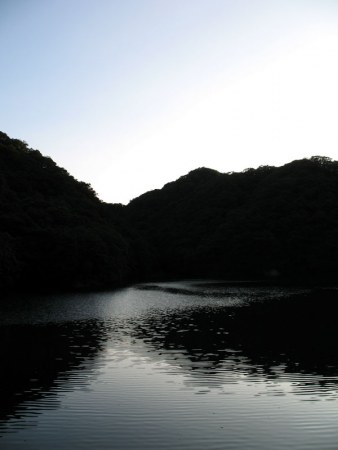 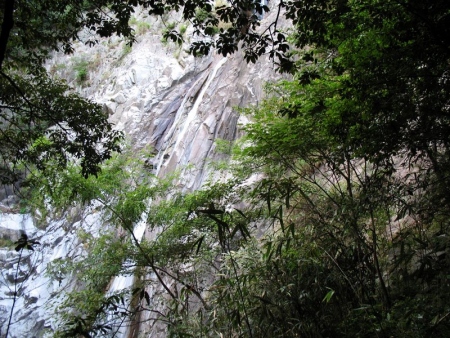