Time for some pictures from my second trip to Tokyo, this time accompanied by my girlfriend. As I already mentioned, the weather wasn’t that good, but there were still many things too see which I missed on the first trip. 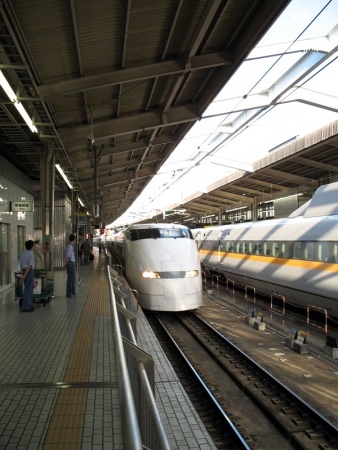 When we arrived at our ryokan in Ueno, there was a festival going on. It was not raining at that time, so the parade where people were carrying small but heavy mikoshi – portable shrines – through the streets went on as scheduled. Unfortunately, the evening festivities were cancelled due to the rain which started in the late afternoon. Here are some pictures of the parade and some I took at the Nezu shrine which we visited on the following day. The Nezu shrine is the place where the main events of the festival where supposed to take place – had it not been for the bad weather. 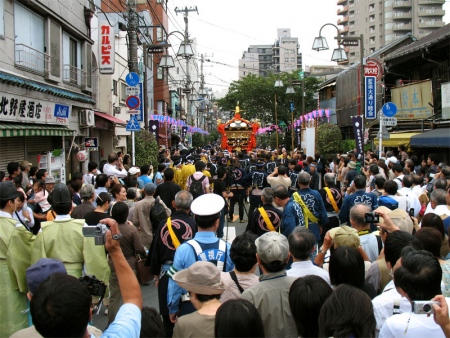 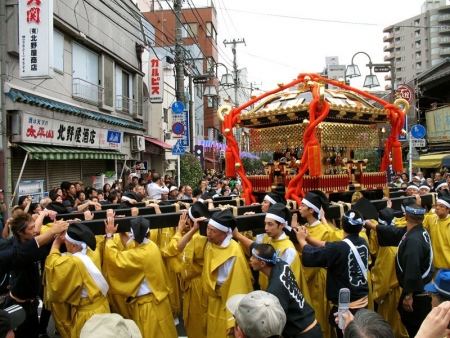 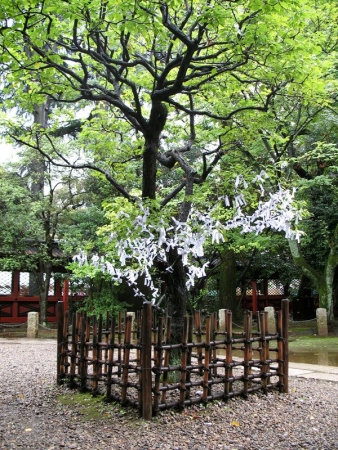 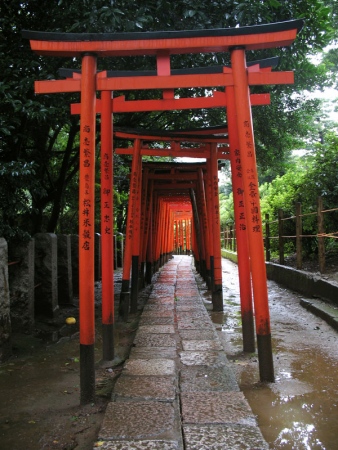 This small fishtank can be found on the platform of the Nezu metro station. 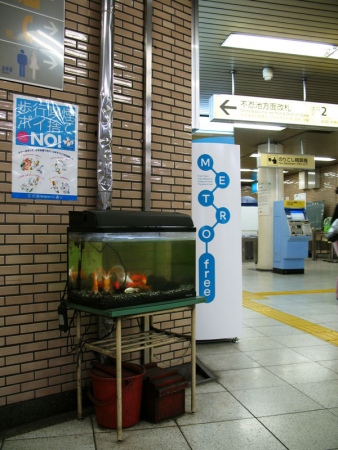 A not yet finished part of another highway around Shinjuku. 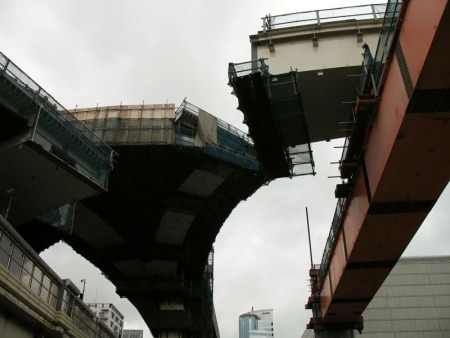 Some pictures from our neighbourhood in Ueno. The third picture shows a rentable parking space – it’s pretty cheap, just 100 Yen for 15 minutes during daytime. I wonder how you can make much money off of that, considering there is only a single spot for rent. 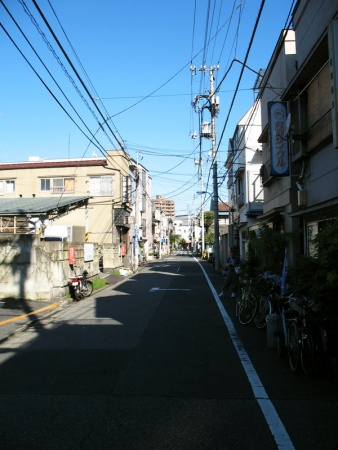 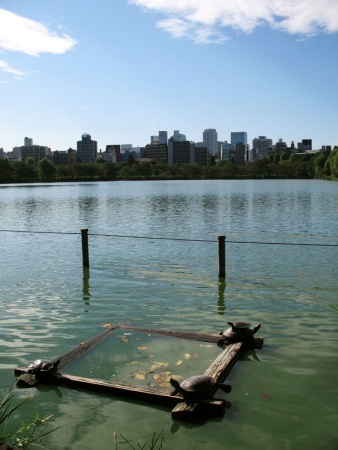 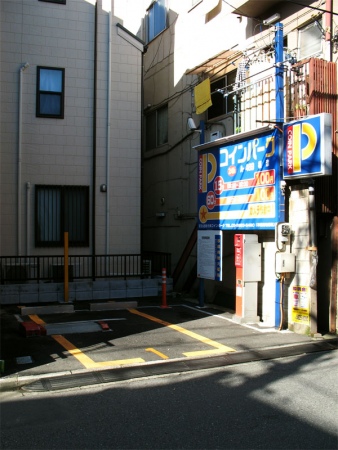 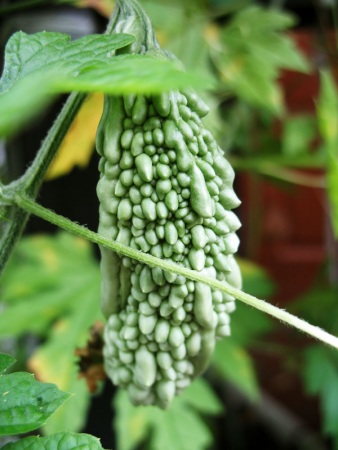 On the third day in Tokyo we went to the wholesale fishmarket at Tsukiji. It’s pretty famous, so there are a lot of tourists around. You really have to watch where you go, as there are people delivering goods on small motorized carts speeding through the market stands. Dangerous. 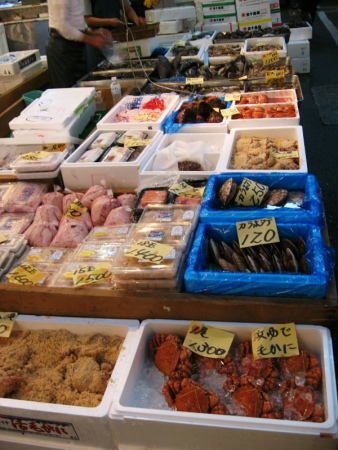 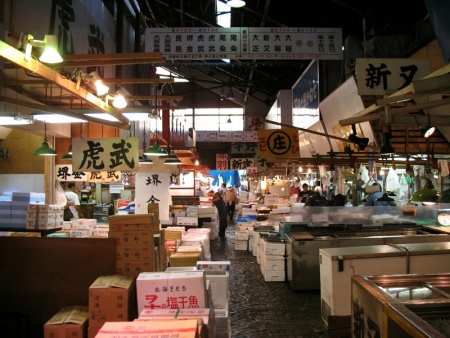 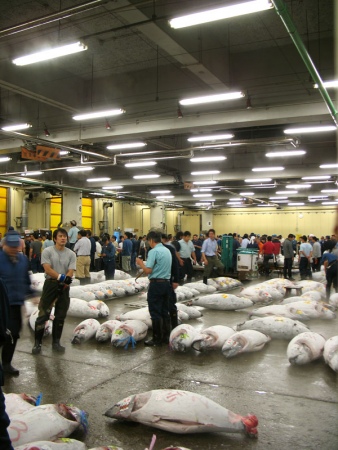