Fushimi-Inari Grand Shrine. On August 16, I went to Kyoto to see a festival during which big fires in the shape of chinese characters are lit on the edges of five mountains surrounding Kyoto. I Have included a picture showing one of characters at the bottom of the post.

Prior to the festival, which begins after sunset, a visit to the quite impressive Fushimi-Inari Grand Shrine was on the schedule. In there is enshrined Inari, the Shinto deity responsible for the protection of rice harvest and sake brewery. The Inari shrine in Kyoto is the head shrine for all other Inari shrines in Japan. Most impressive about it are countless Torii, lined up covering the paths which lead up to the peak of the mountain east of the shrine. 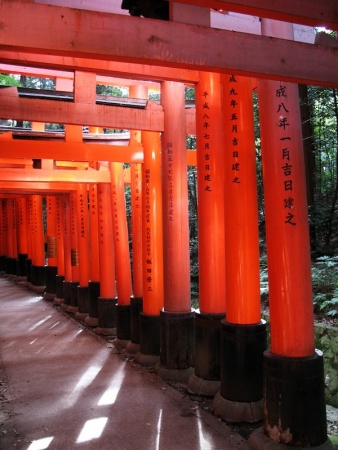 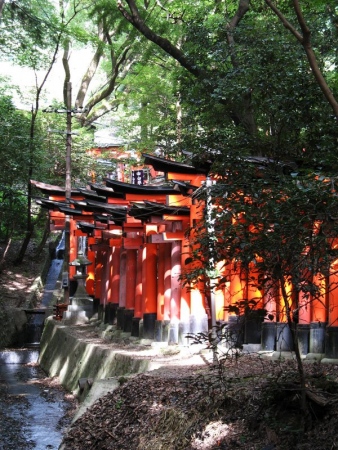 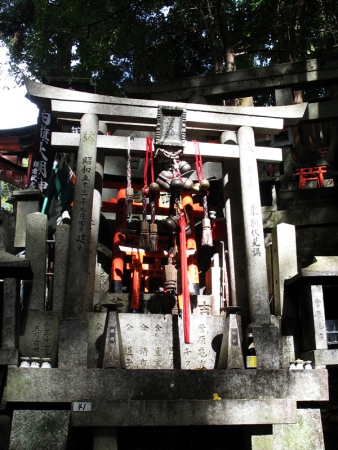 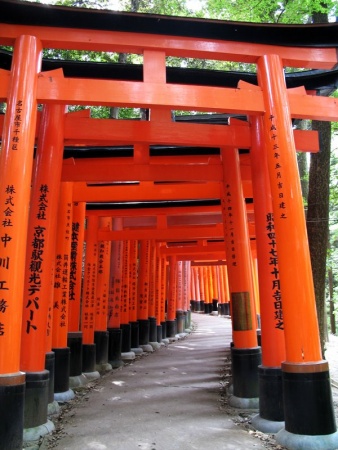 The fox is considered Inaris little helper, and you can find numerous statues depicting this animal everywhere around the shrine. 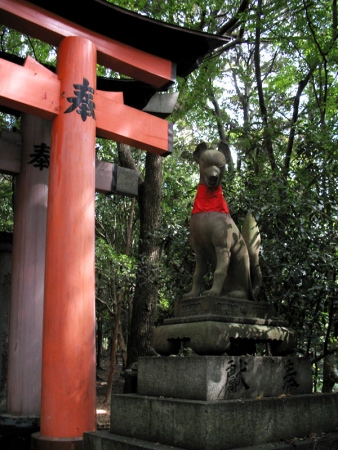 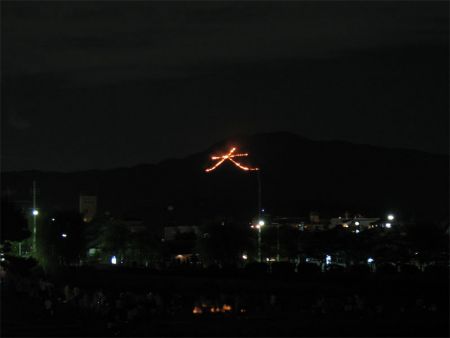